Darwin’s finches are a classic example of adaptive radiation, but few studies have attempted to reconstruct the biogeographic origins of Darwin’s finches. Burns lab MS student Erik Funk studied this question in the third chapter of his thesis which was published last month in the Auk (and put on the cover). This study revisited an early paper by Kevin Burns, Shannon Hackett, and the late Nedra Klien (Burns et al. 2002). The earlier study showed that Darwin’s finches likely originated from a Caribbean species, given that so many of their close relatives are found in the region. Erik’s paper provides an important update, with improved biogeographic methods and a newer phylogeny. Erik’s results were a bit more equivocal than the 2002 paper. Although a Caribbean origin is plausible and likely, a South American origin can not be ruled out. You can read the paper here, and there was also a nice summary of the overall question and Erik’s results in the Guardian. 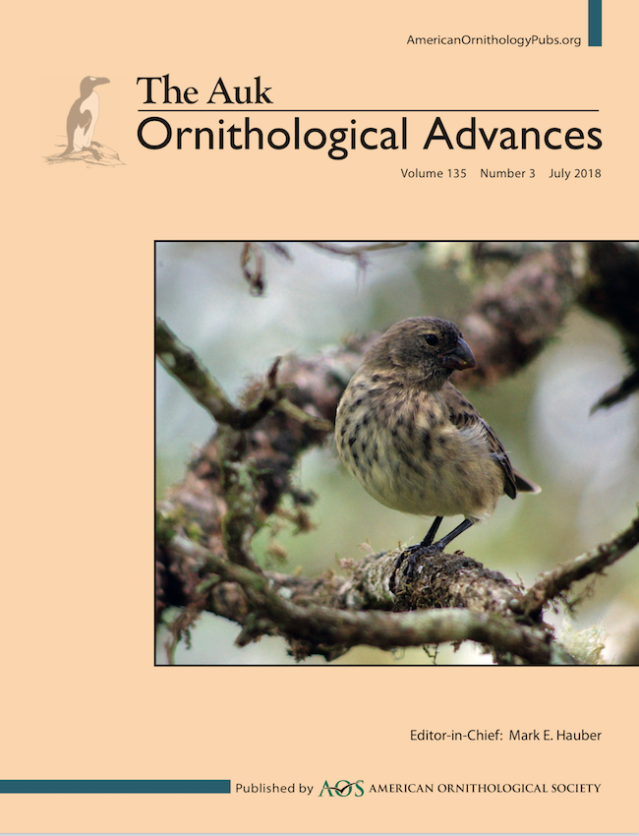 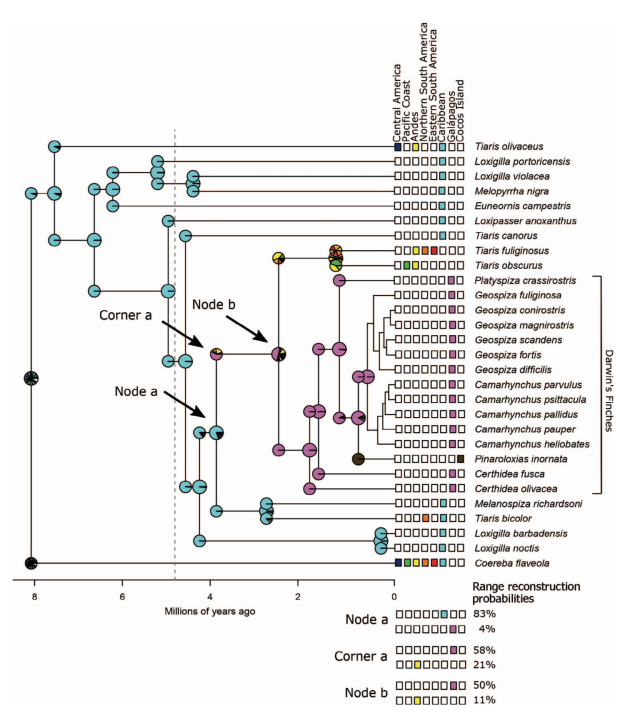